NEC Australia has today proudly announced that Melbourne middle distance runner Joseph Deng has agreed to come onboard as a brand Ambassador for the respected technology company.

Joe, although only 20 years of age, already has an incredible story to tell.

The Australian record Joe Deng now holds stands at 1 min 44.21 seconds. By the end of 2018 Joe had run four sub-1.45 times, something never achieved previously by an Australian. 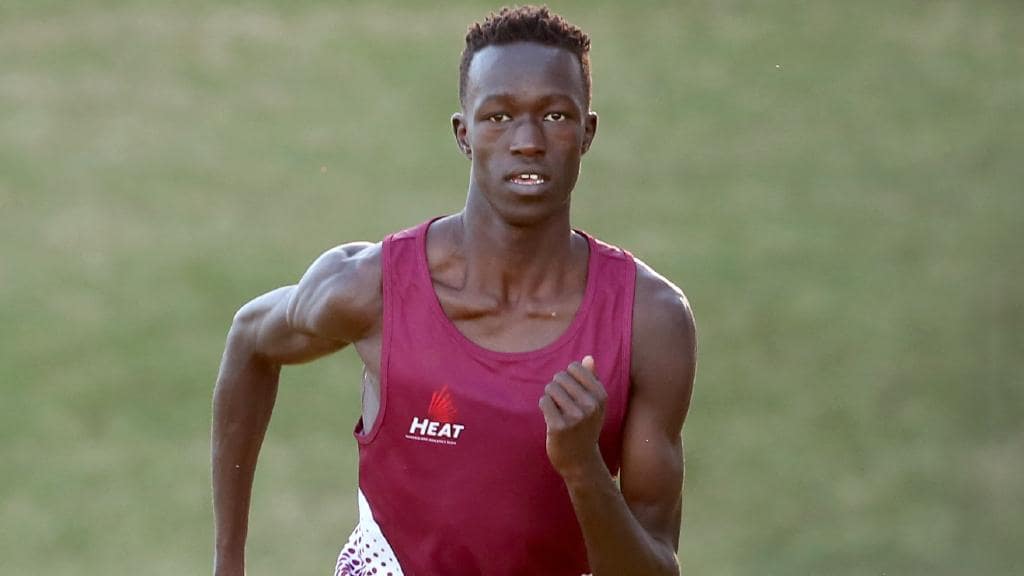 Joe is striving for success in the 2020 Olympic Games to be held in Tokyo, Japan, the home city and headquarters of the 119 year old NEC Corporation.

“In the short time the NEC Australia team has known Joe he has quickly endeared himself to everyone he has met,” said David Borean.

“He is driven, engaging and always seeking to better himself, so we saw that as a perfect fit for NEC Australia, which itself is constantly seeking to evolve and stay ahead of the curve for its staff and its customers”.

“We welcome Joe to our family and will be right behind him as he seeks success for himself and his country in Tokyo 2020,” David Borean said.

“I’m really excited to be onboard with NEC as a brand Ambassador,” said Joe Deng.

“They’re a great company and we’ve got similar interest in the Tokyo Olympics., I look forward to doing some fun things with them over the next two years,” he said.